ASFA does it again 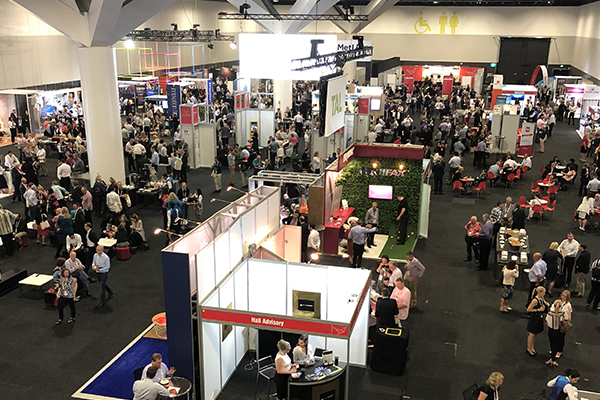 It’s feels like a growing trend that the annual ASFA conference is timed with a seismic event.

Twelve months ago I sat in the ASFA conference as the surprise and shock of the Trump election spread through the auditorium. This year, it was the announcement of a Royal Commission, not just into banks, but the broader financial services sector – including superannuation.

Good timing or bad timing, it’s still not clear, but the show (or in this case the world’s biggest pension fund conference) must go on.

With increased analysis and scrutiny set to be a clear focus in 2018, it was unsurprising a clear theme to emerge at ASFA 2017 was a focus on trust and brand.

And according to branding expert Martin Lindstrom, organisations need to better understand the heartbeat of their consumers. According to Lindstrom, this is difficult because 85% of what we do as an individual is irrational. However, if brands can better infuse emotions into dealing with individuals then they’ll be much more successful in creating a connection and fostering an advocate.

Spaceship and other new players were cited in a number of discussions as an example of one brand doing an especially good job of building trust—by aligning user experience with their expectation. But as journalist Sophie Elsworth pointed out on a confronting panel of media commentators, the general punter does not care about super. It is too far into the future and too confusing, so people switch off.

Compounding that confusion is the ongoing regulatory uncertainty that continues to plague the sector. In her address to ASFA, the Minister for Revenue and Financial Services, Kelly O’Dwyer said despite the announcement of the Royal Commission the Government planned to keep pushing previously announced policy reforms.

So above and beyond the Royal Commission, in 2018 we could potentially see legislation around the compulsory introduction of a minimum one-third independent directors on the boards of all super funds; new oversight to ensure greater transparency of how super funds spend members’ money;  and the introduction of choice to the default fund system. With the Productivity Commission’s Competitiveness and Efficiency of the Superannuation Industry due to report mid-year and the Insurance Within Super Working Group developing a best practice code of conduct, and Government pushing a range of superannuation legislation through Parliament, 2018 promises to be another busy year (nee confusing year for members) for the superannuation and financial services sector.

What we’ll be talking about at ASFA 2018 in Adelaide is anyone’s guess.