PR lessons from the Trump administration 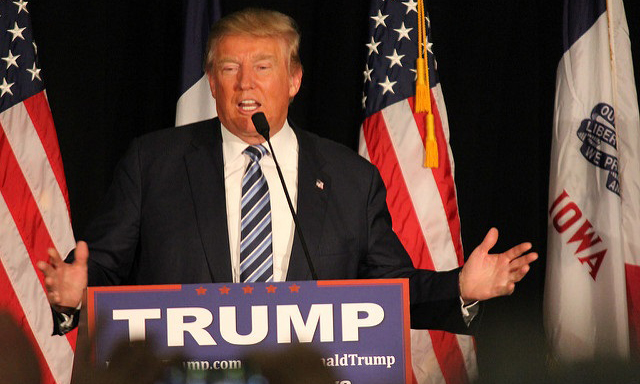 One thing the Trump administration could never be accused of is having a quiet news week. Here we look at the key learnings from the US President’s relentless spin campaign.

Use social media to your advantage

President Donald Trump may currently be on a ‘working vacation’ but he is still very much plugged in to his favourite social media platform, Twitter.

Trump has amassed a Twitter following of over 100 million and uses it to break news, share his opinions and feud with critics and celebrities around the clock.

Since being elected, he has used Twitter to repeatedly slam ‘fake news’, to encourage Republicans to step up to the plate for a crucial Senate vote on their bill eviscerating much of the Obama health care law and to comment on his son Donald Jnr’s meeting with a Russian lawyer.

When asked in a recent Financial Times interview if he regretted any of his abrasive tweets, Trump opined that it’s a numbers game.

“I don’t regret anything, because there is nothing you can do about it. You know if you issue hundreds of tweets, and every once in a while you have a clinker, that’s not so bad,” he said.

And there are clinkers aplenty. In June Trump took to Twitter to launch a sexist attack on MSNBC host Mika Brzezinski, suggesting he had seen her “bleeding badly from a facelift” at his Mar-a-Lago estate. He has also used the platform to call the much-loved Meryl Streep “one of the most overrated actresses in Hollywood”. While once we may have considered Trump’s tweets part of his political genius, his increasingly erratic outbursts suggest a break, or an expert social media adviser, may well be in order.

The furore of the week centred on Trump’s son, Donald Trump Jnr, who elected to publicly release some of his own emails prior to their publication by the New York Times. The emails contained messages from Trump Jnr. to publicist Rob Goldstone, confirming a meeting between Trump Jnr. and several Russians offering up damning information on Hillary Clinton.

All risky, evasive and (dare we say?) dodgy tactics we are sure the media will continue to watch with interest.

Following the firing of Anthony Scaramucci, a Wall Street type with little political experience who spent a mere 10 days as the Republicans’ communications director, President Trump took to Twitter to declare it “a great day at the White House”. Never has such a monumentally bad hire been described in such glowing terms.

The controversial Scaramucci was forced out of his new role following a turbulent series of media appearances and a foul-mouthed tirade to a New Yorker journalist.

It goes without saying that if the person in charge of your communications struggles with communication, you could have yourself a PR problem. And with President Trump steering the ship, we’re sure it won’t be the last.