Pitching business stories to international press. Is it worth it? 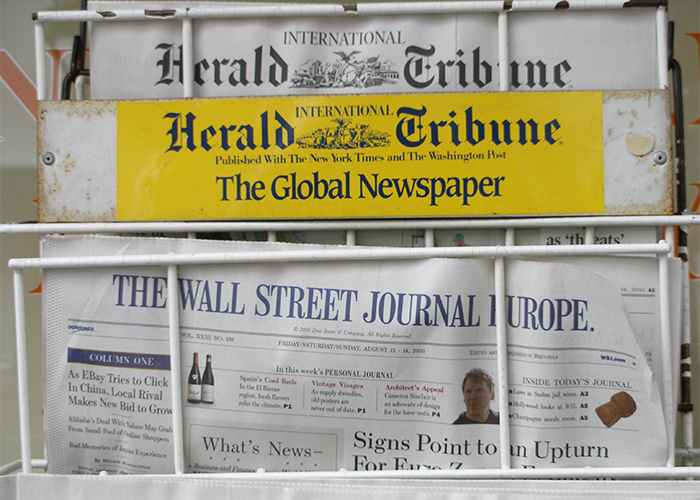 The first instinct of businesses seeking media exposure is often to pitch their story to Australian publications. That’s only natural, especially if most of the firm’s customers are domestically based. However international media can be a valuable forum for the right company with the right story.

Over the past few years, various international publications such as the New York Times, Guardian and Huffington Post have established bureaus in Australia, following in the footsteps of earlier moves by The Wall Street Journal and the Financial Times, reflecting a growing interest in stories from “Down Under” and making it easier to contact reporters directly to pitch ideas.

To be sure, it can be harder to pitch a business story to international media than to a local publication, especially if your company name isn’t Rio Tinto or BHP Billiton. Let’s face it, they’ve a lot more stories to choose from, a world of stories in fact. So why make the effort? Here’s five reasons:

Reaching an international audience is the most obvious advantage. Do you have or want clients or customers overseas? Looking to form partnerships with offshore businesses or source funding from international investors? The Wall Street Journal has more than 2 million print and digital subscribers predominantly throughout the U.S., Asia and Europe, and the New York Times has 2.2 million in digital subscribers alone. That’s a lot of potential deals.

If you’re looking to establish operations in a new country, an article in an international publication is a chance to alert potential customers, clients or investors.
It could also be used as a tool to outline your intentions and prepare the groundwork for a positive community and political response in that country before the agenda firms around your plans, especially if you need regulatory approval.

3)    Positioning your business in the global field

As a rule, international publications prefer big-picture features about global trends than articles about single companies or one-off events. Inclusion in these articles is a chance to show that you are a global leader in your business niche, or at the forefront of an important international trend.

On the flipside, when companies make tough decisions like cutting staff, a broader global story can highlight their position among a suite of peers reluctantly responding to wide reaching market forces, thus garnering more community understanding for the move.

International papers thrive on these kind of trend pieces, and since the publications also have Australians subscribers, the stories will be read locally, so they’re a chance to show to a domestic audience where you fit in the big scheme of things.

Pitching to international publications can be a way to rise above the agenda that’s occupying Australian media if it’s clouding your ability to tell your story. Sometimes local coverage of an industry gets caught up in the political issues of the day or other controversies, and it’s hard for unrelated company messaging to break through.

Many company CEOs will know the experience of hosting a press conference or agreeing to an interview on a company initiative, only to find the resulting article has been framed around his or her answer to a journalist’s question on a topical local issue.

Often these local controversies are of less concern to international media who will be more inclined to focus on aspects of the story that are relevant globally.

5)    Adding weight to your message

International newspapers are seen to some extent as independent global commentators, looking in to Australia from the outside. This can add weight to your message. Perhaps you are arguing for regulatory change in your industry. Coverage in an international publication may bolster political support. It wouldn’t be the first time a politician has waved a copy of the Wall Street Journal article on the floor of parliament to back his or her position on an issue.

More broadly, having a story about your business run in the international media is to some extent a sign of status. Readers know you’ve had to pip countless other potential stories from around the world to the post on any given day.  Similarly, for executives looking to reinforce their position as thought leaders, appearing as a commentator in major international publications can elevate their roles as experts or authorities on an issue.

(* Rebecca Thurlow worked as a journalist at the Wall Street Journal and Dow Jones Newswires for more than a decade. She now writes financial and investment content for Honner’s clients. )