Avoiding PR fails: How to win friends and influence journalists 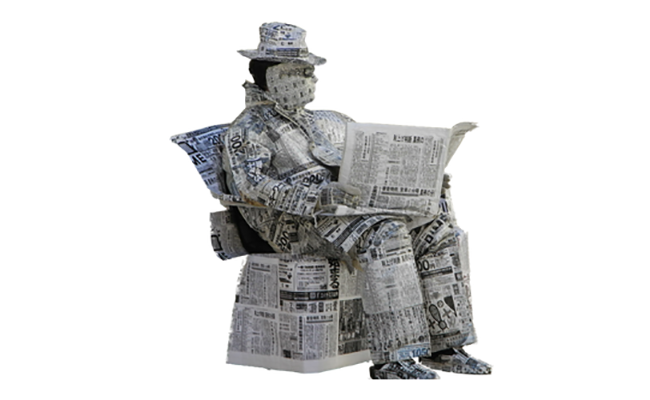 A few weeks ago we came across a blogpost by Fairfax journalist Larry Schlesinger. It resonated a lot with what we believe in. So we asked Larry if we could republish this piece here too.

I recently sat down over an informal lunch with a large real estate group in their high-rise office.

It was an opportunity to meet some of their new team members at the start of the new year and make new contacts.

But it was also an opportunity for them to ask me questions about the how the newspaper business works and essentially explain how stories – perhaps their own property deals – might end up in the paper I write for, the Australian Financial Review.

As we chatted over sandwiches, it occurred to me that I was answering many of the same questions I’d answered a number of times before at similar “meet the press’ type meetings and that it might be useful to others to summarise some of the things we discussed.

So here it goes, from the horse’s mouth: A journalist’s top tips for dealing with…journalists:

1. A short email or phone call is often better than sending a press release.

Every journalist is bombarded with media releases. Dozens appear in our email inboxes everyday and throughout the day. It’s impossible to carefully read every one and find the time to work on stories at the same time. A much better option is a short email outlining the story idea in a few dot points and a contact number for the journalist to ring to get more information.  If you are going to send a press release, keep it short and to the point. No journalist has the time to read an 8 page press release. Alternatively, pick up the phone and call, but not before you have read point 2 below.

2. Don’t ring a journalist when they are on deadline.

It’s incredible how many experienced PR consultants still ring journalists at my newspaper at 4 or 5 pm in the afternoon as we are frantically filing stories for the next day’s paper to pitch ideas or just to “chat”. There’s nothing more frustrating than having a conversion, even if for a few minutes about something that’s either irrelevant or can wait while you are trying to finish a story. Incredibly some people go on pitching stories even after you say you are on deadline. If you’re going to ring a journalist find out when the best time to call is. For those writing for newspapers, the morning is usually the best time to ring.  If you are going to ring on deadline, make sure it’s a REALLY, REALLY BIG story.

3. Think before you speak

Once you tell a journalist something, it cannot be untold or unremembered. (Think of us as bottomless receptacles of information rather than sieves). Before you call, think about what you are going to say and write down some key points. It’s amazing how many people ring journalists, provide all kinds of great insider information, slag off their competitors and then are amazed when these quotes appear in the newspaper the next day. The same goes for facts. If they are true and you tell us them, we will report them. (Of course journalists also love salacious people like this and…there are equally some people who love dishing it out, but just be prepared to see it in print the next day as a direct quote).

4. Exclusives are what we want

Exclusives are the life blood of journalists and newspapers. If you can offer a journalist an exclusive and it’s a worthy story, you are almost assured of getting a good run in the paper. However, there is nothing more annoying for a journalist to read the exact same story they have been pitched and are writing appear in another publication. Of course you are perfectly entitled to pitch your story at multiple publications but you should be upfront about that and let the journalist know that they don’t have the story to themselves.

Even a good story may take a few days, even a few weeks to get a run. This may be because of space (in the case of a print publication) or resources (journalists are generally working on a number of stories and have to prioritize based on what their editor wants) or the type of story: for example rural stories may run on a certain day of the week.  A good story will always get a run. By all means follow-up on the story – NOT ON DEADLINE! – but don’t bombard journalists with multiple daily emails. If the story needs to run by a certain date, then let the journalist know. If they can’t meet that date, then you are perfectly entitled to take the story elsewhere, but tell them first if you want to keep a good relationship.

6. Expect journos to quote you accurately but don’t expect a certain type of story

Journalists that deliberately misquote or take remarks out of context are to be avoided. Mistakes do happen. However, good writers don’t simply regurgitate press releases verbatim. Remember we are story tellers and are writing for our readers – not for you or your clients. Often those two audiences will overlap, but not always. Sometimes a passing comment or a small point may have greater and wider resonance – in the eyes of the journalist or their editor – then the main subject of a press release or briefing. Have an open mind about what you might read in the paper or online.

7. Don’t pester a journalist’s colleagues with the same story

Most journalists work in a team, whether it’s a specific beat like politics or property or the arts. We often sit together and discuss story ideas. It’s amazing how often a PR firm will contact a journalist with a story idea that doesn’t get traction and then ring all their colleagues with the same idea. This is not a great strategy. It smacks of desperation. If you really think a journalist is missing a good story my suggestion is to ring them and ask them why they won’t cover it. If you still think it has legs tell them you will contact their editor to pitch the story or a colleague, but don’t just send it out – scatter-gun style – to all and sundry.

This may seem an obvious one, but it’s quite common for someone to embellish a story idea or even a formal press release with inaccurate information, half-truths or outdated information to generate interest. Good journalists will verify facts, but we expect to be given accurate information in the first instance especially if its in a formal media release. If you are not sure, then say so. Being deliberately misleading is the quickest way to get you on a journalist’s blacklist.

A great way to build a relationship with a journalist is to share information you have about the market and what your competitors are doing “off-the record” (see point 10). This may not get your name in the paper, but will help when you pitch your own story idea. Journalists treasure market tip-offs as much as they do exclusives.

A lot of people I think have misconceptions about what it means when you tell a journalist: “This is off-the-record”. This does not mean that a fact or tidbit won’t be reported. All it means that if it is reported, it will not be attributed to you. Either it will be stated as a fact or something along the lines of “market sources said” or “people close to the deal said”. One thing I would stress is be wary of sharing information off-the-record that could only conceivably come from you. (See point 3 again). That always ends badly – for you, not the journalist.

Of all the idiotic things President Donald Trump has done, one of the silliest has been to pick fights with the main stream media. It’s incredible that he has gone to war with some of the most respected global publications like The New York Times, Washington Post and CNN which have huge audiences. Pick up the phone if you are unhappy with a story, don’t send a ranting email or abusive text message – we have thick skins and long memories.

Originally published in Freshlyworded in January 2017